To the Moon and Beyond: Celebrating the 50th-Anniversary of the Apollo 11 Moon Landing with Art, Science, and Exploration Providence and WaterFire celebrated the 50th-Anniversary of the Apollo 11 Mission and man’s first steps on the Moon which was co-sponsored by the NASA RI Space Consortium with support from Brown University. The celebration included a series of exhibitions, lectures and other activities throughout July 2019 and there was a full lighting of WaterFire on July 20th presented as part of WaterFire’s #Art4Impact Summer of Science Event Series.

“Museum of the Moon,” is an enormous art installation by English artist Luke Jerram, which is a highly-detailed 23’ diameter Moon that came to Providence July as part of a larger series of events and exhibitions presented by the NASA RI Space Consortium in association with WaterFire Providence. The large Moon sculpture was installed in the main hall of the WaterFire Arts Center at 475 Valley Street.

Over its lifetime, the “Museum of the Moon” installations (there were 10 moons on tour at that time!) had traveled to 25 countries and was presented in a number of different ways; in cathedrals, on city streets, and hanging above pools. As it traveled from place to place, it gathered new musical compositions and an ongoing collection of personal responses, stories, and mythologies, as well as highlighted the latest moon science.

In July 2019 the WaterFire Arts Center held a series of special events and lectures.

In July 2019, in addition to Luke Jerram’s “Museum of The Moon” exhibit, there were three displays including “Milky Way” a mural by John Sabraw and the Aspect Collective, “The Overview Effect” paintings by Rhode Island artist Jeremy Schilling, and LivableRI Posters Campaign by Civic Alliance for a Cooler Rhode Island. “Milky Way” which was on display in the main hall, is an interdisciplinary multimedia, interactive experience of art, science, and technology that explores and examines issues of scale-from molecular to the astronomical. “The Overview Effect” which was on display in the visitor center, focuses on astronauts, gravity and space. The LivableRI Posters Campaign which was on display on movable walls throughout the space; the posters focus on artwork that would convey the messages of urgency to combat the threat of global warming and climate change echoing the WW1 Food Administration posters. These displays were apart of a larger series of events and exhibitions throughout Rhode Island in July 2019, as part of WaterFire’s Summer of Science #Art4Impact Event Series. The July 20th WaterFire event was marked the 50th anniversary of man’s first landing on the Moon with the Apollo 11 mission on July 20th, 1969 and celebrate RI’s involvement in space exploration.

John Sabraw –  “Milky Way,” an 85’ long charcoal drawing, was the brainchild of Assistant Professor John Sabraw and was created with the Aspect Collective—a cooperative group of students, artists, scientists, and visionaries.

Jeremy Schilling – Jeremy’s series “The Overview Effect,” focuses on astronauts and space, specifically exploring the concept of the space suit and how it acts as a shield between a person and their environment.

Liveable RI offers a series of 25 graphic posters about the many helpful citizen environmental responses created by the RI nonprofit.  The series is a guide “by Rhode Islanders, for Rhode Islanders” on how to reduce our contributions to climate change, build relationships with each other and with our environment, and make Rhode Island more livable for all of us.

Learn More About the Artwork

RI Yoga studios, Tai Chi teachers, and Conscious Dance practitioners offered the opportunity to experience movement under the Moon with public classes and movement sessions many mornings during the exhibition.

5 thoughts on “To the Moon and Beyond: Celebrating the 50th-Anniversary of the Apollo 11 Moon Landing with Art, Science, and Exploration” 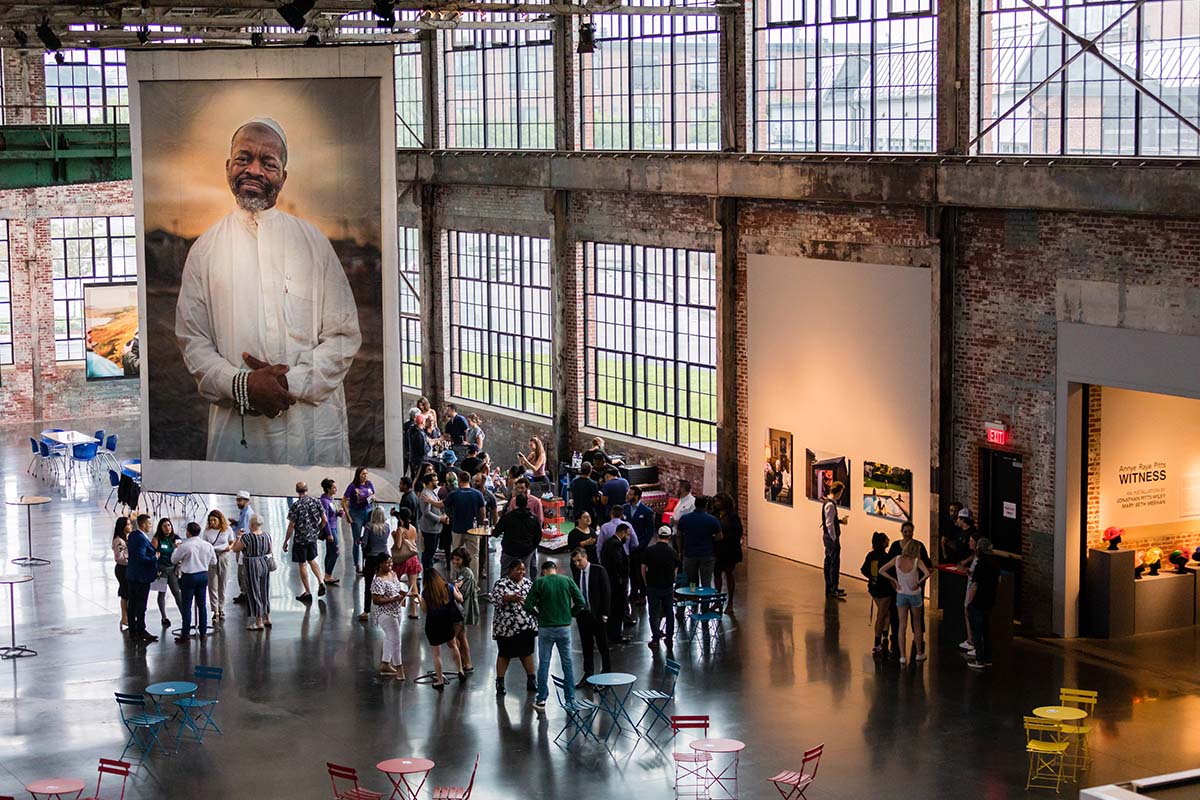 TroopTop Thursdays are back at the WaterFire Arts Center