If you have ever experienced a WaterFire event, then you have probably seen the boats that fill the braziers with wood and keep them lit.  These fire tenders are an integral part of making the event happen and it would not be possible without them. It is people like wood boat captain’s Chris Steber and Russ Cooney that events run so smoothly.  These third-year volunteers create the magic on the water that continually keeps the community of Providence in awe. Three years back, Chris and Russ were both looking for a way to give back to the community of Providence and keep themselves busy at the same time, which led them to WaterFire. Chris’ previous experience in the navy and Russ’ determination to keep active through something he loved is what made them perfect candidates for volunteering.  When asked why they decided to keep coming back to WaterFire, Russ said: “I love making the magic happen.”  Chris agreed and also added that “I love the environment and seeing the faces of people as they light up with joy”.

Many people who have seen a WaterFire event do not completely understand the amount of work and effort that is needed to make the lighting happen.  Russ, being from Providence, and Chris, from East Providence, made them interested in how everything was put together to make the show happen.  Chris explained the difference volunteering has made on how he sees WaterFire:

“The view from the boat is totally different than when you see it as a bystander onshore.  I realized that I had a newfound appreciation for what goes into the event and the amount of time and people that it takes to put on.”  Russ agreed with Chris as he went on to say “one of the biggest differences being on the boat makes is the smell, heat, and view from being so close to the fires for the whole event.” One of the hardest but most important jobs at WaterFire is being a  Captain.  During the event, everyone is watching them as they light the fires and feed them to keep the fires burning.  One would assume that this job causes a lot of stress and anxiety that something will go wrong or not be done in time.  Chris and Russ, however, tackle the bull by its horns and enjoy the pressure they have as they make the show happen.  Chris, having his prior experience in the navy, is very comfortable driving the boat and actually enjoys the pressure of getting everything done in a certain time frame so he can sit back and relax as the community is filled with happiness.  Russ enjoys working side by side to the captain because the first mate “is more worried about the crew, and teaching them to build and feed the fires, rather than driving and controlling the boat”.  Russ enjoys the teaching aspect of his job as the first mate because it is his responsibility to make sure his crew knows exactly how to do their job and make everything happen as perfectly as it appears. Russ and Chris along with their crew of fire tenders receive the fire during a lighting ceremony at a WaterFire lighting in June 2017. Photograph by Drew Christhilf.

Russ and Chris have made a very special bond as first-year captains.  They love to tell their story of one event around 11:30 pm when the two of them were in a canoe together and it flipped on them right in front of the stage.  As they swam to shore, the crowd of about 100 people began applauding them.  Once they pulled themselves to shore they gave the crowd a wave and a bow, which began their funny, yet special connection together.  These connections the volunteers make together is what WaterFire is all about.  The fun and energetic nature of Russ and Chris is what makes everyone around them excited to be there and continue to volunteer for more events.

Russ and Chris love being a part of the WaterFire team and enjoy working with volunteers who are very passionate and inspired to work in such a great community.  Volunteering for WaterFire has changed their lives for the better and is something they have fallen in love with.  When asked about any advice they would give to people debating on volunteering for the first time, they agreed that “there is nothing to lose but there is always something to gain”.  This view on volunteering is a great one to have because if you give it a shot and it wasn’t for you, then you do not have to return, but you may, in fact, fall in love with it and it could change your life.

Featured image: Braziers on the river. Photograph by Zack Blanchette. 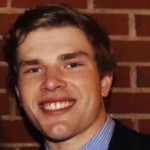